EAPC Poster Award, at the 16th edition of The World Congress of the European Association for Palliative Care EAPC (23-25 May, Berlin, Germany).

Asist. Univ. Dr. Nicoleta Mitrea was awarded by The American Association of College of Nursing (AACN) – End of Life Nursing Education Consortium, during the ELNEC Award Winners 2019, as one of the five leaders in Nursing from Central and Eastern Europe, with outstanding achievements in education, clinical practice, advocacy and research in Palliative Care.

Award for changing for the better in Romania – Wall-street Gala

Jury Prize: “Developing and piloting an integrated palliative care curriculum for the residents in medical oncology ONCOPAL” awarded during the third edition of COPAC awards.

Prize for changing the better in Romania – Wall-street Gala

1st prize at the category Projects and Campaigns of Social Responsibility to promote the 20% fiscal facility as a method of involvement for the business environment in supporting the non-profit sector. Civil Society Gala

2nd prize at the category: Programs for the development of the HOSPICE centre in Bucharest. Civil Society Gala.

Prize for the best fundraising campaign of a large non-profit organization. HOSPICE Casa Speranţei, Braşov, for the Edelweiss Month that generated 89.915 lei that transformed into free palliative care services offered to patients suffering from incurable illnesses cared by HOSPICE. People for people gala.

Excellency Award for showing in the last 22 years that it is an organization that knows what to do in order to offer quality services that people can rely on. Only in 2013 they helped 2.672 children and adults suffering from incurable illnesses. This year they managed to finalize a project that they were working on for a long time, the opening of a Hospice in Bucharest. People for people Gala.

The best fundraising campaign of a large organization for raising 1.1 million lei so that the incurable patients can have a dignified end. 118 companies have joined the campaign and contributed with 20% of the profit tax. People for people Gala.

First Prize at the category “Social Assistance Services” for the project “We care together”, funded by the VODAFONE Foundation, Civil Society Gala.

Prize for the best volunteering project of the year in Health system.

Excellency award for activity, Academica Medica Gala, organized under the aegis of the Academy of Scientists in Romania.

Excellency Diploma for involvement into the community, People for People Gala.

Performance diploma to promote medicine in Braşov as well as special activities happening in 2008, awarded by The College of Medics in Braşov and the Medical School of Transylvania University, Braşov.

Special Award at the Civil Society Gala for the campaign “Do not waste any moment! Keep it close!”

“Confidential” Awards at the Social Campaigns category, for promoting Palliative Care in Romania and Eastern Europe.

Award for social involvement in fundraising campaigns in the People for People Gala.

2003: HOSPICE Casa Speranţei is recognized as one of the 5 centres of excellence in palliative care for Central and Eastern Europe and Central Asia, according to an international study by the University of Sheffield investigating 475 centres in 28 countries.

2014: Centre for excellence in Nursing for palliative care 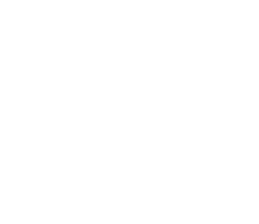 HOSPICE Casa Sperantei is registered as an operator with the National Register of Personal Data Handlers of ANSPDCP under license number 16381/09.05.2012 (in accordance with Law 677/2001)