HOSPICE was born out of a dream. A man, who knew the pain of his parent fighting cancer, decided to do his best to help the Romanian children and adults who were diagnosed with the same merciless illness. In 1992, Graham Perolls opened the way for palliative care in Romania for those who were diagnosed with an incurable disease. In most European countries this type of care is included in the national health system and most of the patients may have access to it. In Romania though, up to the moment that the HOSPICE Casa Sperantei Foundation was established, the palliative care concept didn’t even exist, more than that, the national medical system offered very little support to those diagnosed with an incurable disease.

Since 1992 until now, 30.000 people who found themselves in an unfair race for life, found solace at HOSPICE. The patients and their families got support when they needed it and found out how they could keep their dignity while facing their illness.

The entire support system of the foundation is offered free of charge and unconditionally to patients and their families, regardless of their financial situation, social status or background.

The organization is acknowledged as a benchmark when it comes to palliative care training, offering specialization courses to professionals in Romania and abroad.

During all the 25 years of existence, the foundation developed and reached more and more patients, covering more and more cities around the country. At the present moment, HOSPICE Casa Sperantei has over 200 employees, within two integrated services centers, one in Brasov and the other one in Bucharest. Over 250 volunteers get involved on daily basis in the activities run by the foundation.

Lots of the children and adults, who are now cared for within the foundation, they cannot imagine fighting their diseases without the help of all those who compassionately helped reliving their suffering, touching and patching their hearts and souls.

HOSPICE is a home, a refuge and a symbol that reminds us all that we are not alone and that we can come together in creating a sense of normality when even the most common things require a huge amount of effort. 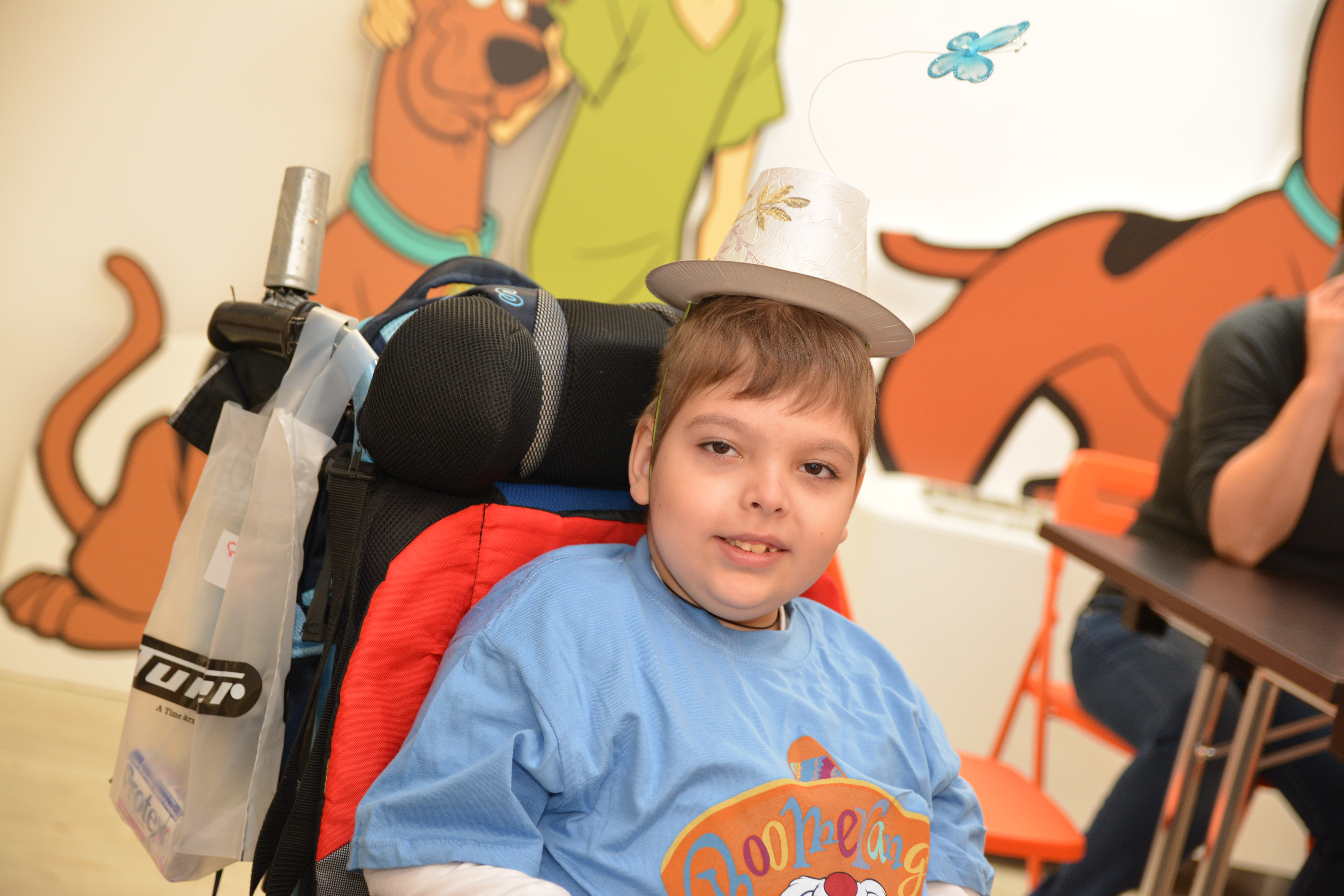 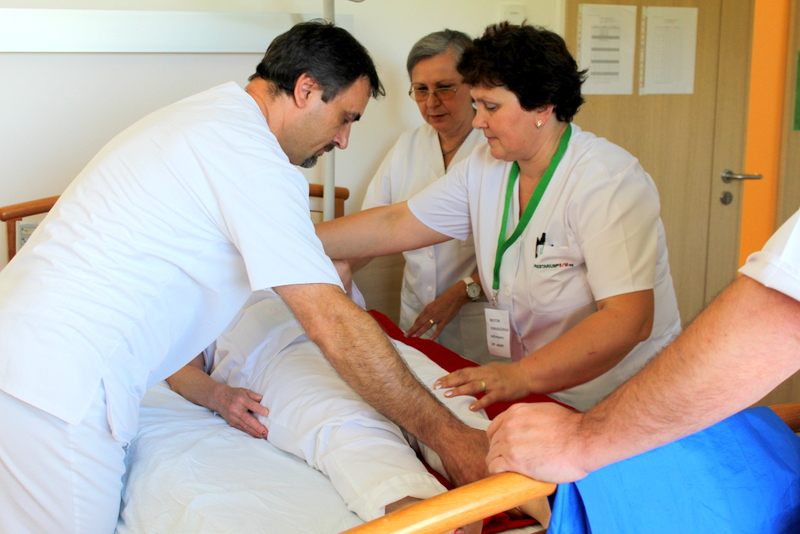 “The story started in 1975, when I first visited Romania, as a tourist. Down town Brasov I met a young couple who were to become really good friends of mine, friends who would also get me more interested in getting to know Romania and its people. I came back to Brasov a few times during the 70s and, at that time, I started noticing the decreasing level in the quality of life in Romania due to the absurd political measures that Dictator Nicolae Ceausescu would enforce on its people. For a while I was not able to visit Romania anymore because of some professional and family duties that I had to attend to.

my father, Norman, died of cancer while being cared for at St. Christopher Hospice (in London), and the care that he benefited from inspired me to establish a charitable hospice center, i.e. The Ellenor Hospice Foundation, in my hometown, Dartford, in Kent county. This is how I began to get involved in the hospice movement.

Even though my life was taking its course in England, my mind was stuck on my memories from when I was in Romania. In 1989, I had the chance of visiting my friends that I had met in Romania the previous years. I came here on New Year’s Eve together with my family. I was appalled at what I found here: the Ceausescu regime mark was everywhere. People didn’t have electricity in their houses, they were queuing for many hours, sometimes as early as 4 a.m., just so that they can buy one loaf of bread, and I learned that the workers protests in Brasov had been brutally stifled.

Unfortunately I wasn’t able to help in any way because Ceausescu was still in office. Then the events of December 1989 followed, when Romanians rose and took the regime down. Finally people could start rebuilding their lives again. Even so, after many years of communist dictatorship, Romanians were still in a desperate situation: degraded infrastructure, adrift institutions, and children being abandoned in unimaginable conditions.

Seeing the awful conditions in the oncology hospital and one of the local orphanages, I knew I had to do something. A few months later, I felt that I could use my experience from having established a hospice in Great Britain, to do something similar in Romania. The guarantors’ committee of the Ellenor Foundation agreed on initiating a fundraising campaign in order to establish a hospice in Romania, so this was the starting point for the Hospices of Hope Foundation. The funds raised in the first campaign allowed me to get some research done and establish connections with the medical staff in Brasov. At that moment in time palliative care was completely unknown in Romania. None of the people I met had been trained with regard to attending to terminally ill patients who had been diagnosed with incurable illnesses. With the help of the Public Health District Authority in Brasov, we were able to bring to England a Romanian doctor, Dr. Constantin Voinicu, for a three-month training session in palliative care. 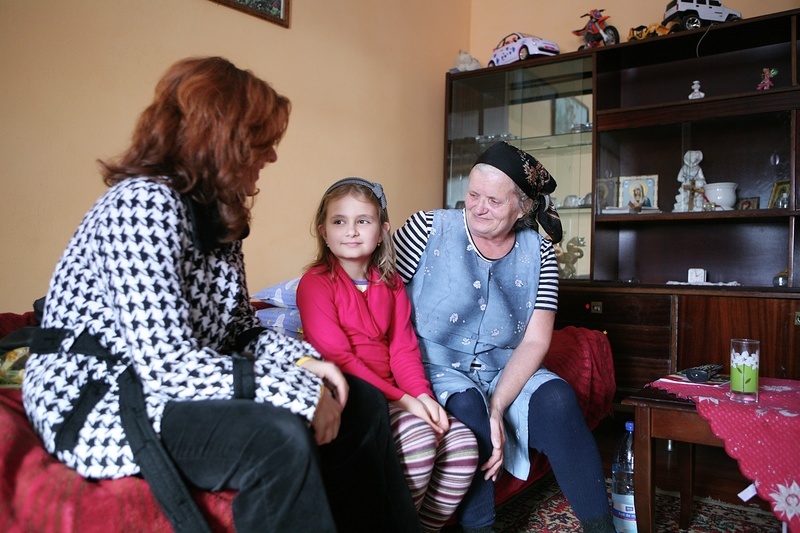 From that moment on, everything evolved rapidly. In 1992, I organized a conference in Brasov, to raise awareness with regard to palliative care, a conference that was amazingly successful. People from all areas of activity came together in showing their interest for the hospice movement. The Hospice Casa Sperantei Foundation was established shortly after this conference took place. Dr. Voinicu became the first medical director of the foundation, who was joined soon after by Sylvia Jarrett, a medical assistant specialized in palliative care from the Ellenor Foundation in Great Britain. Together they started offering palliative care services at patients’ home in Brasov, followed by training the first palliative care nurse, Mrs. Gabriela Baila.

Within a short period of time, the small team was joined by other volunteers specialized in the medical field. The team would pay visits to the patients in the hospitals in Brasov to offer assistance to those diagnosed with incurable diseases and also to offer instruction to the hospital staff. In 1996, a pediatrician and a pediatric nurse joined the team, which meant that, for the first time, families who had children diagnosed with severe incurable diseases would be able to get help.

In order to continue offering the palliative care services, we needed medical staff that would be trained in palliative care, so, a Study Center for Palliative Care was established in Brasov within the Hospice Casa Sperantei Foundation in 1997. Ever since, 11.000 doctors, medical assistants and other medical staff got training in this still new field in Romania.

IN 1998 A NEW OPPORTUNITY CAME ALONG.

The local authorities in Brasov donated a piece of land to the organization with the purpose of building a unit that would provide accommodation for the inpatients. The first hospice in Romania, opened in 2002, with a total capacity of 13 beds for adults and 7 beds for children, and it was not only a unit able to accommodate patients but also a unit that would offer training in palliative care. The facility also includes an ambulatory department and two day centers, one for adults and the other one for children, where patients may take part in therapeutic activities, get medical assistance and socialize. Children who cannot attend school because of their illness may take part in educational activities specially created to compensate for their missing out on school. 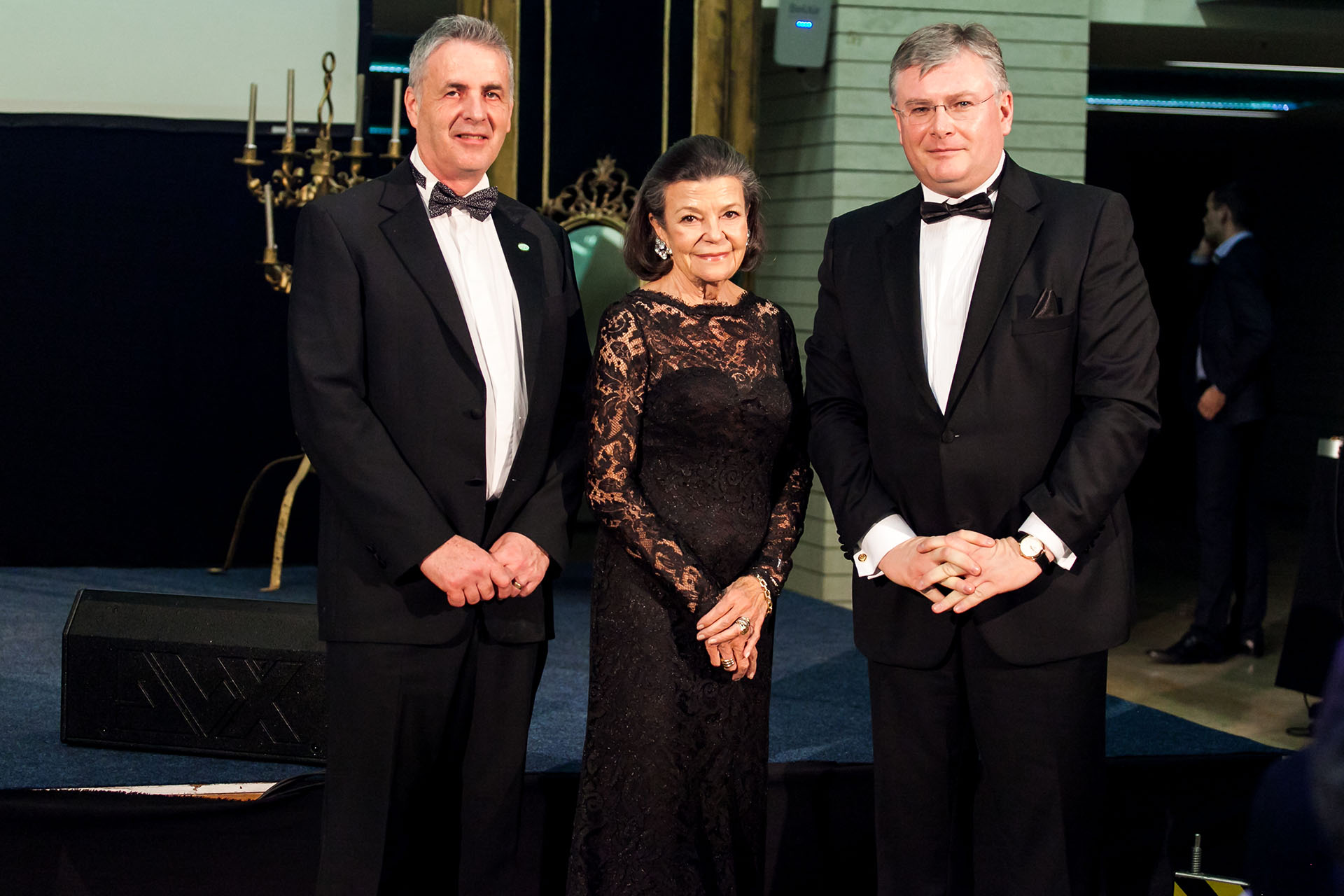 Since 2002 palliative care in Romania continued developing. In 2003, a report issued by Open Society Institute referred to Hospice Casa Sperantei Brasov as a center of excellence on palliative care in South-Eastern Europe and suggests that the center should continue expanding its regional activity in the Balkans. 2003 is also the year when the Beacon project was initiated. The main purpose of this project was to make the hospice services available to 5000 more patients in Romania and the neighboring countries, thus consolidating Casa Sperantei as a Center of Excellence in the region. In order to achieve this, a new resource center, called Nicholas Edeleanu, was founded in Bucharest in November 2004, and new partnerships followed between the Hospices of Hope Foundation and cities like Bacau, Oradea and Cluj.

is now a truly international organization with the extended programs of the Beacon Project meant to sustain the development of hospice units in the neighboring countries. At the present moment we give support to an organization in Belgrad – BELhospice, which is the first hospice in Serbia. BELhospice is currently developing the residential care services and the mobile teams that offer support in hospitals, and, at the same time, instruction is given to the medical staff within the Prue Dufour Education Centre. HOSPICE Casa Sperantei specialists have also trained hospice teams in Albania, Bulgaria, Macedonia, and other former soviet countries.

“To me this was a very rewarding journey. I had never imagined, not for one moment, that, when I first visited Romania, 30 years ago, this would be my second home. My work here got me lots of wonderful friends (but also lots of frustrations!). It is incredible what this wonderful team, together with their numerous supporters, managed to achieve along the way. There are so many things that I should thank God for! Huge amounts of money have been donated by various organizations, individuals, schools, churches, clubs and important funds have been collected following charitable events or coming from our charity shops. Besides the office in Otford, which is specialized in gathering funds, we also have another office in Edinburgh and a charity organization in New York.

Last but not least

We have to thank our patients also because they are the inspiration for everything we do. Their faith, their courage facing all the hardships and their appreciation towards the helping staff makes us all take our hats off in front of them. We hope that in the years to come, more and more patients in Romania and in the surrounding areas may get all the care they need.”

For the charitable work in South-East Europe, Mr. Graham Petrolls was awarded by Her Majesty The Queen of Great Britain with the Officer of the British Empire Order (OBE) and later, in 2013, he was awarded The Most distinguished Order of Saint Michael and Saint George, with the rank of Companion (CMG)

In 2016, Charity Bank, a British institution specialized in approving loans for charitable organizations and social enterprises, awarded Graham Perolls with the Change Maker of the Year Award as an appreciation for his tireless work of the past 25 years, years of dedication to providing hospice and palliative care services, starting in 1992 in Romania and continuing with Serbia in 2006 and Moldavia in 2008. Over this period of time his team provided 40.000 patients with palliative care services while providing training services to 20.000 specialists in the medical field in Central and Eastern Europe.

Graham Perolls, CEO and founder of Hospices of Hope, was included in the UK’s New Year’s Honours list for leading the charity’s work in South Eastern Europe.

HOSPICE Casa Sperantei is registered as an operator with the National Register of Personal Data Handlers of ANSPDCP under license number 16381/09.05.2012 (in accordance with Law 677/2001)